(Orthodoxy in China) - This original lithographed edition wasdigitally photographed on November 22, 2011 at the library of Beijing Normal University. Digitization project coordinated by the Orthodox Brotherhood of Saints Apostles Peter and Paul in Hong Kong. The chopmark on the title page is stamped in Chinese: Beiping Furen University/Library Collection, and in English: Catholic University of Peiping, which operated under that name during the period 1925-1950 in Beijing before shortly thereafter relocating to Taipei, Taiwan.

Underwritten by the Orthodox Brotherhood of Saints Apostles Peter and Paul in Hong Kong, the electronic text of the Psalter as translated into Mandarin Chinese by Bp Innokenty of Beijing and published by the Russian Mission (Beiguan) in 1910 is now being made available athttp://orthodox.cn/bible/psalter/1910/.

Bp Innokenty's translation of the Psalter is missing Ps 85:4 LXX which is now reconstructed using his translation of terminology and phrases of this verse that appeared in other parts of the Psalter, and the beginning verses of this Psalm which was originally mis-numbered is now fixed. To assist in finding where terms or phrases from this verse appear in other part of Psalter, unbound.biola.edu is used to search the Greek LXX and Russian Synodal versions. Two different translations of the word soul which appear twice within this verse is reconstructed following the precedent of the earlier 1879 Chinese Orthodox Psalter.

Volunteers are needed to proofread carefully the word document against the scanned page images, and submit any corrections to mitrophan@orthodox.cn.

with prayers
in memory of Bishop Alexander (Mileant) 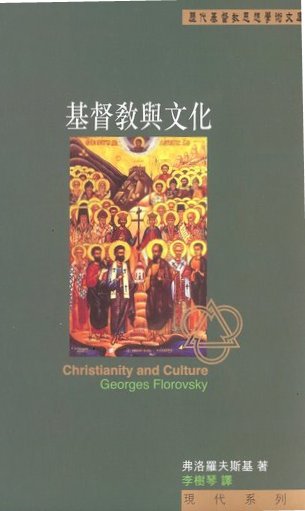 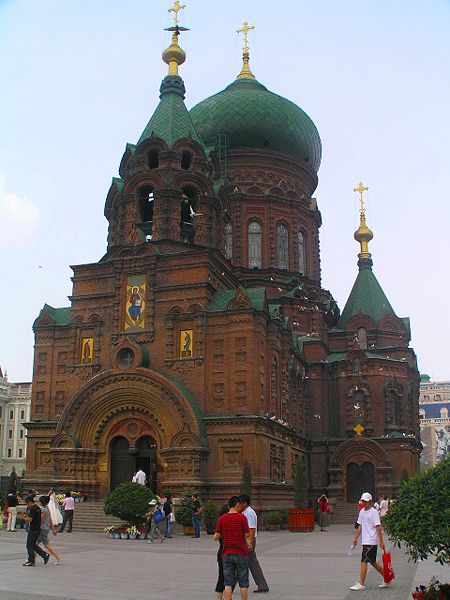 Hieromartyr Fr. Mitrophan Yang, the first Chinese ordained a priest in the Church of China. 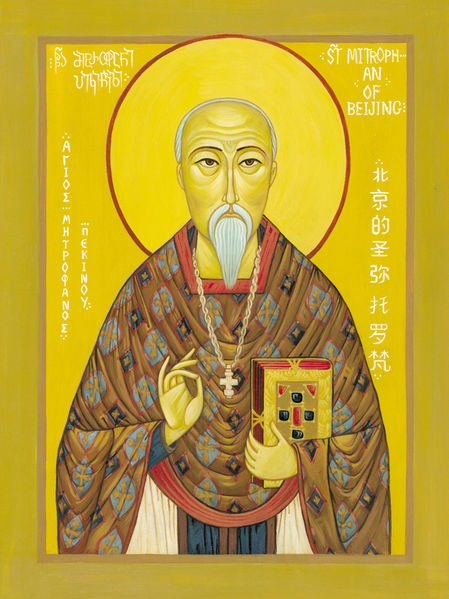 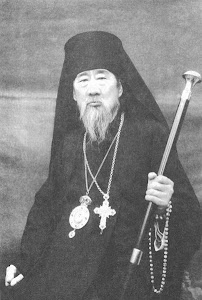 The Orthodox Church of ChinaDoctrinesOn all major issues the Orthodox Church of China is in agreement with other Eastern Orthodox churches (See Eastern Orthodoxy.)
HistoryThe Orthodox tradition was transplanted onto Chinese soil in 1686 when a group of Cossacks serving in the Chinese imperial guard brought their chaplain with them. However, it was only in the next century that Eastern Orthodoxy was permanently established in China. This was achieved when Missionaries from the Russian Orthodox Church set up a mission in Peking in 1715. During the next two hundred years missionary activity was relatively slow; by 1914 the church had only acquired about 5000 converts.The situation changed in 1917 following the Russian revolution which caused hundreds of thousands of Russians to flee Russia into China. By 1939 there were an estimated 300,000 adherents of Eastern Orthodoxy in China.The situation changed again in 1949 when a Communist government was established in China under Mao Tse Tung and foreign missionaries where expelled from the country. Fortunately, for the Orthodox Church in China the Russians had by that time established a seminary to train Chinese priests. In 1950 the first Chinese orthodox bishop was consecrated; a second was consecrated in 1957.The Orthodox Church, like other traditions, was driven underground 1966 when institutional religion was abolished by the state and the excesses of the Cultural Revolution were beginning to take place. Since that time it has been difficult to obtain information about the state of the church. It is to be hoped that recent changes in Chinese politics will enable members of the Orthodox Church of China to practice their beliefs unhindered by state interference.